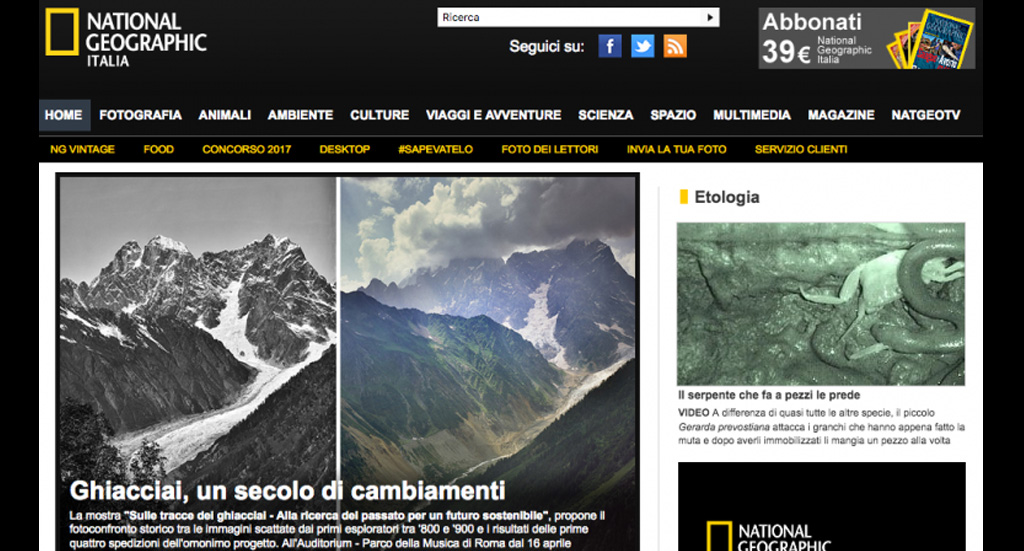 The exhibition “On the trail of the glaciers” will be inaugurated on Monday, April 16th, during the XIII edition of the National Geographic Festival of Sciences.

The exhibition, which will remain on display at the Auditorium Parco della Musica in Rome until April 22, exposes, in about 30 photographic comparisons, the results of the first four project expeditions held in the Karakorum, Caucasus, Alaska and mountain ranges. of the Andes. Alongside the modern images, realized with large format cameras in film up to 4×5 inches, the historical black and white ones have been carefully restored.

The exhibition offers a comparison to more than a hundred years of distance between historical and modern photographs of glaciers, sensitive and important indicators of climate change taking place on our planet. The news is also reported by the National Geographic Italy media partner of the project “On the tracks of the glaciers“.